Gaofu machinery meet you on the 121st Canton Fair! 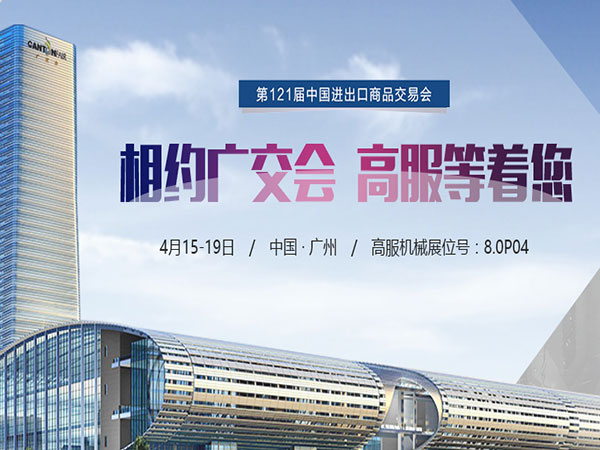 The China Import and Export Fair, also known as the Canton Fair, was founded in the spring of 1957 and is held in Guangzhou every spring and autumn. It is co-sponsored by the Ministry of Commerce and the Guangdong Provincial People's Government and hosted by China Foreign Trade Center. It is a comprehensive international trade event with the longest history, largest scale, most complete types of goods, the largest number of buyers in the country, the most extensive distribution in other regions, the best deal and the best reputation.
As of the 120th session, the total export turnover of the Canton Fair amounted to about 1.2 trillion U.S. dollars, reaching a total of about 8 million overseas buyers. At present, each session of Canton Fair has a scale of 1.18 million square meters, more than 24,000 domestic and overseas exhibitors and nearly 200,000 overseas buyers from more than 210 countries and regions.
April 15 ~ April 2017, Gaofu machinery will meet you on the 121st Canton Fair. By then, we will send a first-class exhibition team to discuss with you at close range.

This spring, let us meet in Guangzhou, a grand event!

PrevGaofu Machinery Won The Title Of “Glory Star” Of Baidu